On Monday, approximately 400 migrants snuck into the United States via the use of underground tunnels. They later surrendered to Customs and Border Protection (CBP) agents following their illegal entry.

More on the Tunnels Used to Enter the United States

The tunnels were dug by smugglers right underneath the steel border around San Luis, Arizona, according to ABC News. Many migrants attempted to enter the United States via these tunnels, while others tried to scale and climb the 12-foot wall. 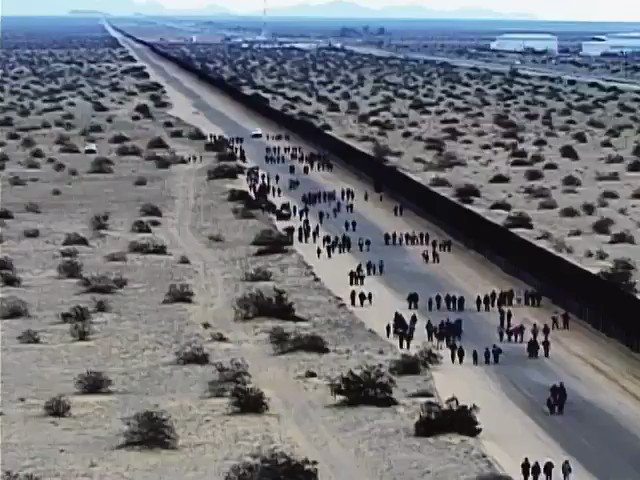 Group of 376 Central Americans illegally crossed from Mexico and inundated agents in #Yumasector on Monday morning. Almost all were families or unaccompanied juveniles. #NationalSecurity #SouthwestBorder

1,423 people are talking about this
Twitter Ads info and privacy
In addition to the adult migrants were 179 children; according to Newsweek, 30 of the children in attendance did not have any parents or guardians with them.

On Wednesday, 247 migrants snuck into the states via the Antelope Wells Port of Entry. They subsequently wound up in New Mexico, yet eventually turned themselves over to Customs and Border Patrol.
Anthony Porvaznik, the CBP Yuma Border Sector Chief, spoke about the events at the border earlier this week:

“In my 30 years with the Border Patrol, I have not been part of arresting a group of 376 people. That’s really unheard of.”

Porvaznik additionally stated that CBP requires stronger borders and currently has concerns about funding the migrants who illegally entered the country.

© Our Patriot. All Rights Reserved